As a new year begins, we are reminded of the challenges that we face. States are increasing their spending on weapons and war, armed conflicts are happening all around the world, the climate crisis is advancing and inequalities are being deepened. But a new year is also a reminder of our potential for transformation and for change. It’s a new opportunity to imagine the world we want to live in, and to act to achieve it. As RCW Director Ray Acheson writes, “we can either succumb to the violence, or we can stand to abolish the systems and structures that enable it. We have nothing to lose but our chains.” RCW will continue to push for the radical idea that we can build a world of peace, freedom, justice, and solidarity for us all, and we hope you will join us in our work!

The third session of the Open-Ended Working Group on Reducing Space Threats will take place in Geneva from 30 January to 3 February 2023.

Third Substantive Session of the Open-Ended Working Group on Ammunition

The third substantive session of the Open-Ended Working Group on Ammunition will take place in New York from 13– 17 February 2023.

The Working Group meetings and first Informal Preparatory Meeting of the Ninth Conference of States Parties (CSP9) to the Arms Trade Treaty (ATT) will take place in Geneva on 14–17 February 2023. To catch up on the discussions held by the working groups last year, check out our ATT Monitor. To find information about  the main subjects debated during CSP8, check out Control Arms’ summaries. 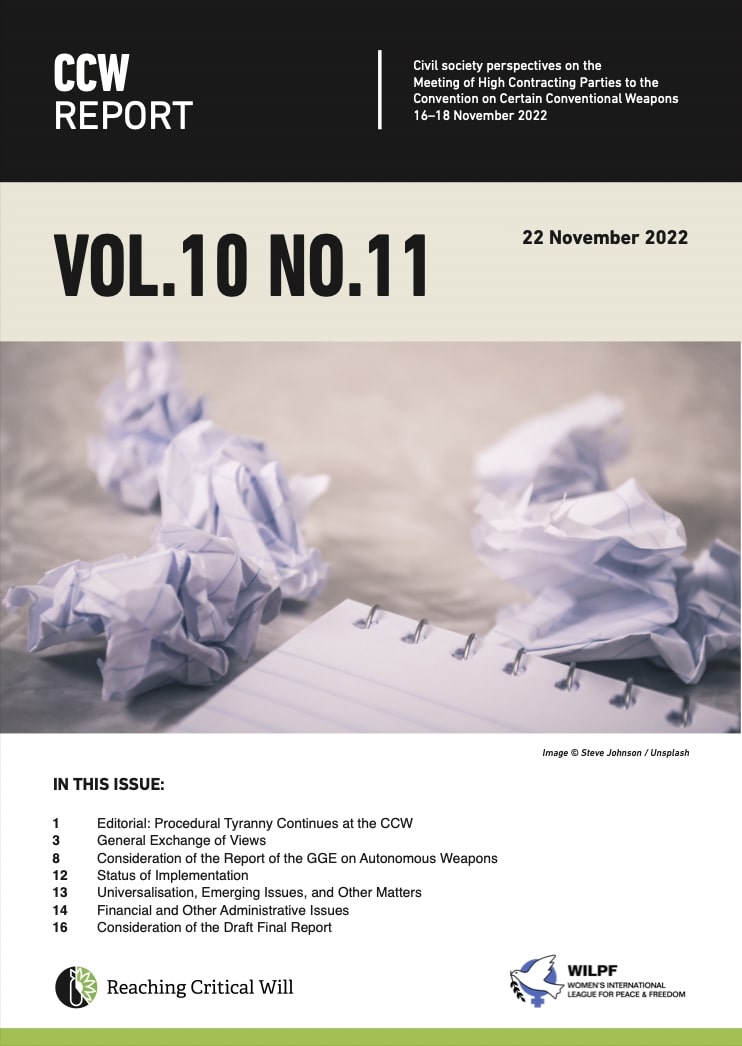 High Contracting Parties to the Convention on Certain Conventional Weapons (CCW) met from 16–18 November 2022 in Geneva, Switzerland. While the Meeting was able to agree on dates for next year’s work, it failed to meet the urgency around many issues on its agenda, including autonomous weapons, incendiary weapons, and mines other than anti-personnel mines. Get the full scoop with our CCW Report, which includes reporting and analysis on all discussions at the meeting. We also posted all available documents and statements.

The Chair of the UN’s OEWG on cyber issues convened an informal intersessional meeting from 5–9 December 2022 in New York. A major area of focus was the topic of confidence-building mechanisms, but there was also discussion about cyber capacity-building and the recent decision to make progress on a cyber programme of action. WILPF did not publish a monitor of this informal meeting, but submitted views in writing and at the meeting. RCW’s Manager also spoke at a side event discussing civil society engagement in the cyber programme of action process. To learn more about the UN OEWG, visit RCW’s resource page or read past editions of the Cyber Peace & Security Monitor.

WILPF supported the Mission of Canada to the Organisation for the Prohibition of Chemical Weapons (OPCW) in developing a governamental working paper about gender and diversity in the context of the Chemical Weapons Convention (CWC). RCW Manager, Allison Pytlak, contributed to the elaboration of the paper through a consultative process with CWC states parties and the Secretariat of the OPCW. The paper is expected to be submitted by Canada to the CWC Review Conference later this year.

Reaching Critical Will submits contribution for the New Agenda for Peace

As a response to a call for submission from the UN Secretary-General, RCW submitted a contribution for the New Agenda for Peace (NAP). In its submission, RCW highlighted some key issues related to disarmament and arms control that should be addressed in the NAP, including nuclear weapons, cyber peace, autonomous weapon systems, and explosive weapons in populated areas. We also highlighted the need to divest from weapons and war, as well as the problems associated with the arms trade, and the connection between militarism and the climate crisis. RCW recommends that the Agenda adopts a feminist and anti-militarist approach, and that it adopts commitments towards disarmament, divestment, and demilitarisation in order to set a meaningful path towards peace.

The TPNW has a new signatory! 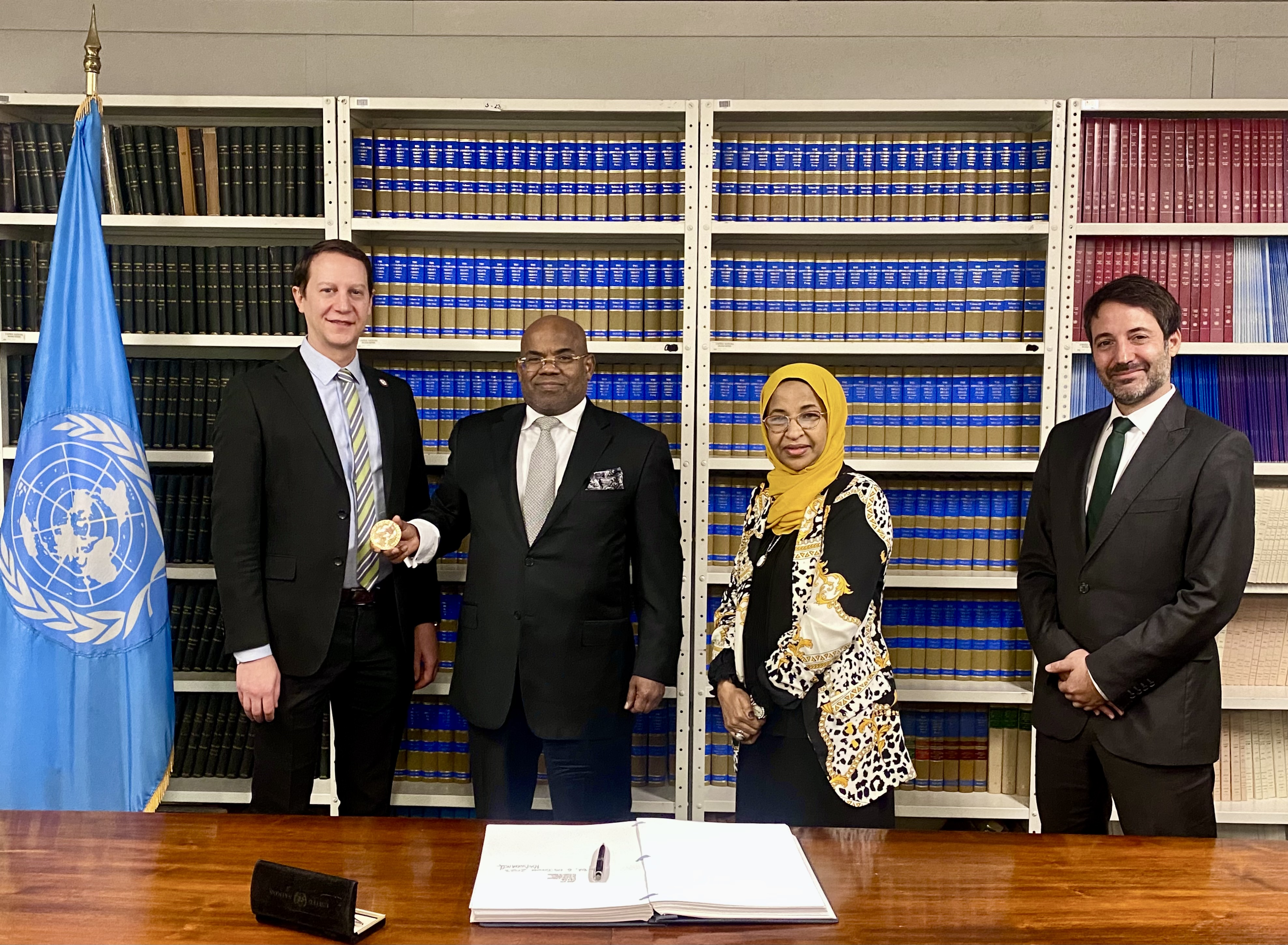 On 9 January at the UN Headquarters in New York, Djibouti signed the Treaty on the Prohibition of Nuclear Weapons (TPNW), bringing the total number of signatories to 92. Djibouti will now commence its domestic ratification process in order to become a state party. (Picture credit: @nuclearban)

Throughout 2022, the TPNW saw a steady increase of support: five countries signed the Treaty and nine ratified it. As stated by ICAN, “This steady increase in adherence to the landmark disarmament treaty reflects the strong desire of the international community to strengthen the global norm against nuclear weapons and see more rapid progress on disarmament.” Let’s hope the momentum continues and more states sign and ratify the Treaty in 2023!

Gender and Disarmament Database: Recommendation of the month 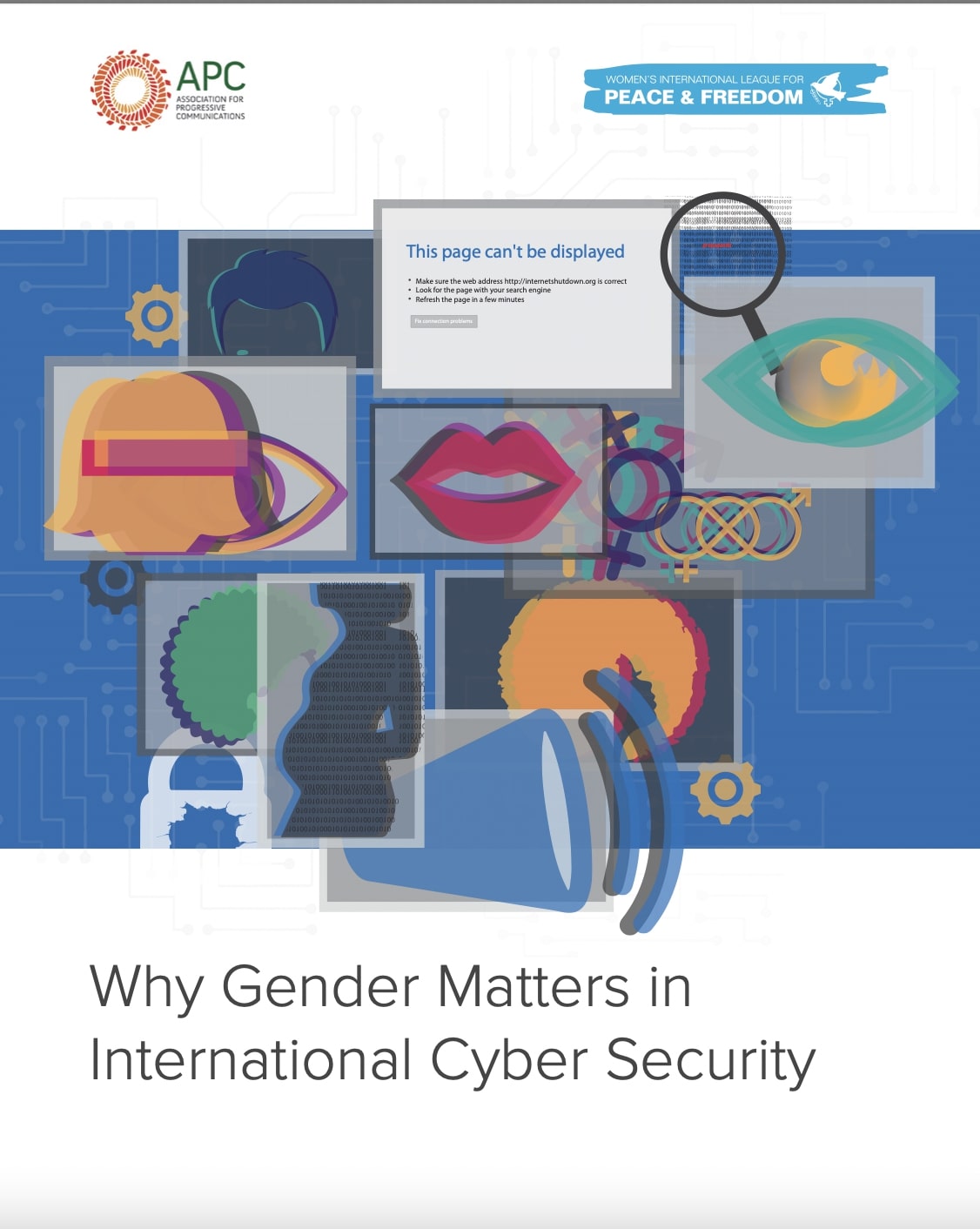 Our recommendation of the month is the report co-authored by WILPF and the Association for Progressive Communications titled “Why gender matters in international cyber security.” The report looks at the gendered impact of cyber operations and gender inequality in cyber diplomacy.

The authors identify multiple gender-differentiated impacts of cyber operations with an international dimension, such as internet shutdowns, data breaches, and disinformation campaigns, and build the case that these differentiated impacts need to be better accounted for and understood by policy-making and technical communities.

Increased tensions in the Korean peninsula

The Republic of Korea (ROK) sent drones across the border into the Democratic People’s Republic of Korea (DPRK) at the end of December. The incident came a few days after DPRK’s drones entered ROK’s airspace for the first time in five years.

The increased concern with DPRK’s actions prompted the ROK President to initiate talks with the United States (US) on “taking a more active role in managing nuclear weapons on the Korean peninsula.” The intention of the ROK is to participate more actively in intelligence sharing, planning, and training, as reported by Bloomberg. ROK’s President also said that if DPRK’s nuclear threat grows, it might consider building nuclear weapons or ask the US to redeploy them on the Korean Peninsula.

Tensions also extended to cyber space. At the end of the year, ROK’s National Intelligence Service estimated 1,000 trillion won worth of damages due to DPRK’s cyberattacks. ROK authorities also announced that hackers, working for the DPRK government, have targeted at least 892 foreign policy experts in the country, many from think tanks and academia.

According to “current and former US and European officials,” Turkey has given Ukraine cluster munitions to use against Russian troops, as reported by Foreign Policy. The munitions, made during the Cold War era under a co-production agreement with the US, were allegedly sent to Ukraine in November 2022. Cluster munitions are banned under the 2008 Convention on Cluster Munitions, but neither Ukraine or Turkey are signatories. The use of cluster munitions by Russian forces’ has caused predictable and lasting harm to hundreds of Ukrainian civilians, as reported by the Cluster Munition Monitor 2022. PAX launched a new report titled Risks and impacts from attacks on energy infrastructure in Ukraine. The report analyses the impacts that dozens of strikes against power plants and substations have had on the population and in the environment. According to PAX, “These deliberate strikes have worsened the humanitarian situations for millions of Ukrainian civilians, risking wider long-term environmental challenges and potentially posing serious transboundary risks of pollution and even nuclear fallout.”

State officials unveiled a draft permit with stricter requirements for the US government regarding the dumping of radioactive waste from decades of nuclear research and bomb-making in the desert of New Mexico. Currently, the waste produced by the country's nuclear weapons development that is polluted with radioactive materials heavier than uranium are being dumped in an underground landfill. New Mexico is requiring that federal officials provide a complete accounting of the items from laboratories and defence-related sites across the nation that still need to be cleaned up and transferred to the repository. 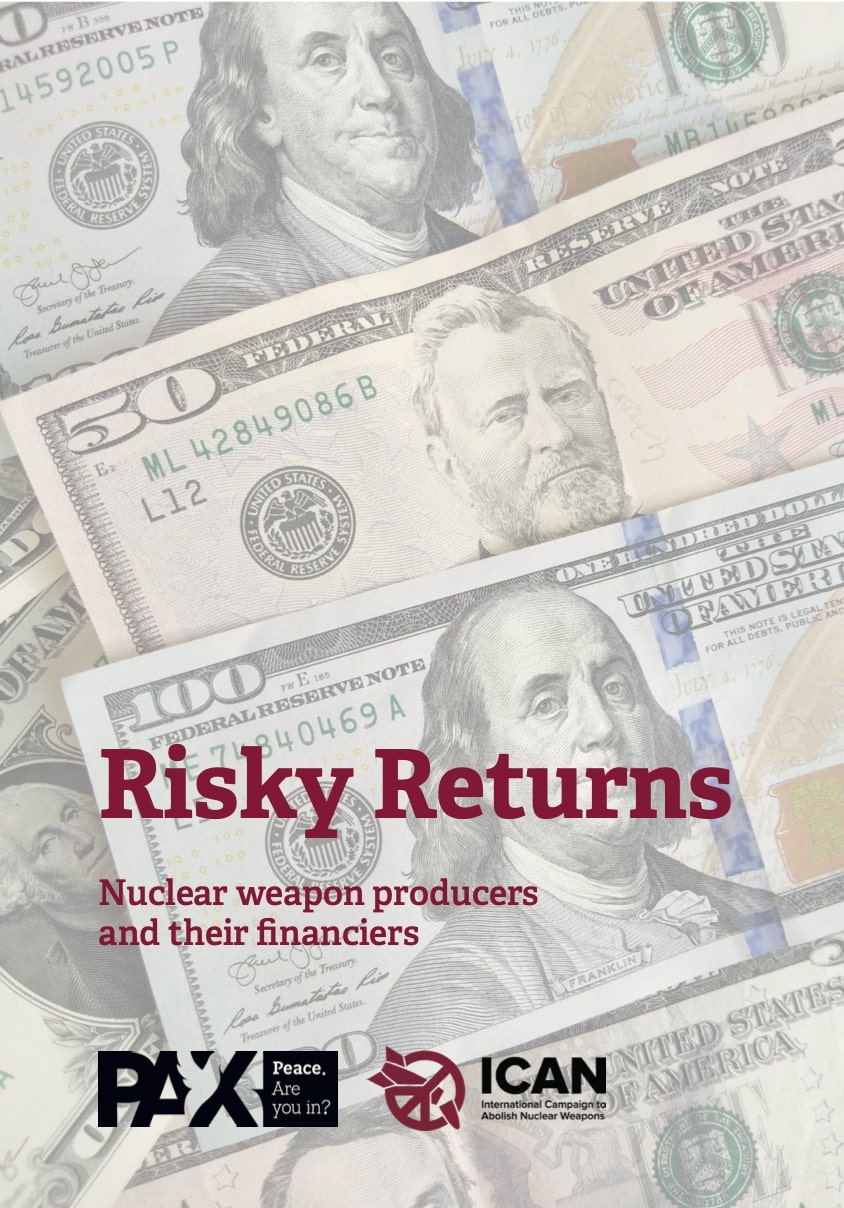 The 2022 report “Risky Returns: Nuclear weapon producers and their financiers,” a joint publication of ICAN and PAX, details how 306 financial institutions made over USD $746 billion available to 24 companies heavily involved in the production of nuclear weapons, between January 2020 and July 2022. According to data shown in the report, there was a decrease of USD $45.9 billion in investments, which “could signal that a growing number of long-term investors does not see nuclear weapon production as a sustainable growth market and regards companies involved in it as a risk to be avoided,” as stated by the organisations.

Military spending on the rise

Several states have announced an increase in their military budget in the last few weeks. Hungary announced its military spending will reach 2 per cent of its GDP in 2023. The United Kingdom is expected to increase defence spending by more than 1 billion pounds, as reported by the Telegraph. Japan has approved its biggest military budget since the second world war, and said it will expand military cooperation with the US. The US is expected to approve in the next weeks its new military budget, which is estimated at USD $858 billion.

The No Fighter Jets coalition mobilised for a weekend of action that called on members of the Canadian Parliament to reject the F-35 fighter jet deal. Canada has announced an agreement with the United States and Lockheed Martin to purchase 88 F-35 fighter jets, at the cost of CAD $19 billion  which is the largest investment in the Royal Canadian Air Force in 30 years. In a statement made in December, the No Fighter Jets Coalition stressed the irresponsibility and unfairness of the expense, and said, “Instead, the federal government should invest in affordable housing, health care, education, economic assistance, and climate action. Canada’s planned F-35 procurement is unacceptable and immoral and must be canceled.”

San Francisco gives up on decision to arm robots 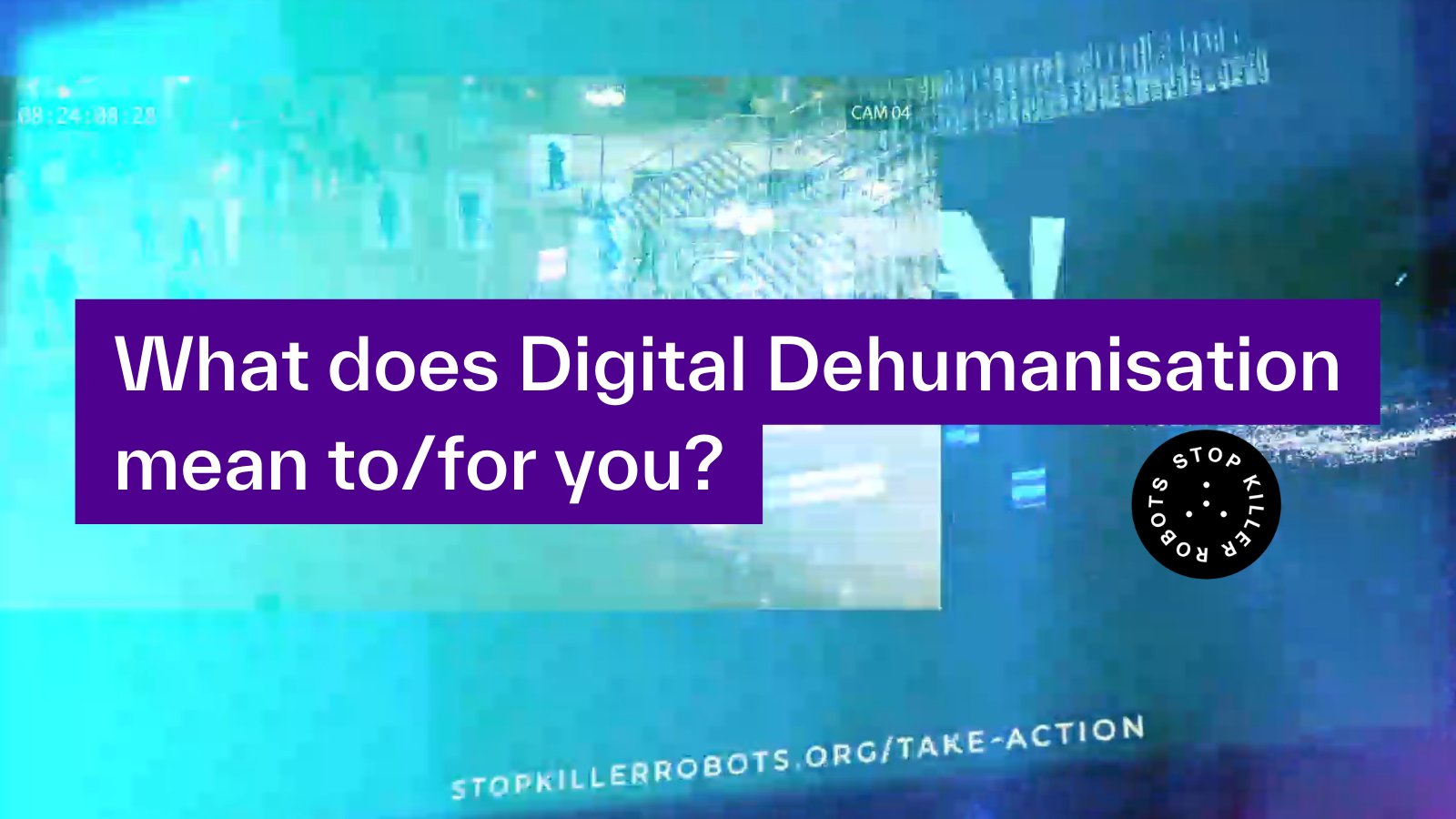 In late November, the city of San Francisco had approved a proposal that would allow its police force to use remote-controlled robots as a deadly force option when faced with violent or armed suspects. However, after strong civil society opposition, the city reversed its decision through a unanimous vote by the Board of Supervisors. The initial decision by San Francisco caused global alarm due to the serious risks. As stated by Stop Killer Robots, "The move could make humans more and more distant from the use of force and the consequences of the use of force […] and make it easier to make decisions to use lethal force in the first place." (Image credit: @BanKillerRobots)

After years of scrutiny from a group of UK parliamentarians, the House of Lords will establish in 2023"A special inquiry committee on the use of artificial intelligence in weapon systems." The committee will hold evidence sessions, question ministers, solicit evidence from the public/civil society and produce a report expected November 2023.

The World Peace Foundation launched its newest project Revitalizing Debate on The Global Arms Trade. The research program aims to “invigorate debate and policy about the arms trade through integrating the trade into other areas of policy, research, and activism, and re-energizing discussions through the engagement of a younger generation.” Check out their page for more information.

François Diaz-Maurin, “The 2022 nuclear year in review: A global nuclear order in shambles,” Bulletin of the Atomic Scientists, 26 December 2022

Kjølv Egeland and Benoît Pelopidas, “No such thing as a free donation? Research funding and conflicts of interest in nuclear weapons policy analysis,” International Relations, 22 December 2022

B. Arneson, “Drones in the formation, development, and militarization of Israel,” World Peace Foundation, 20 December 2022