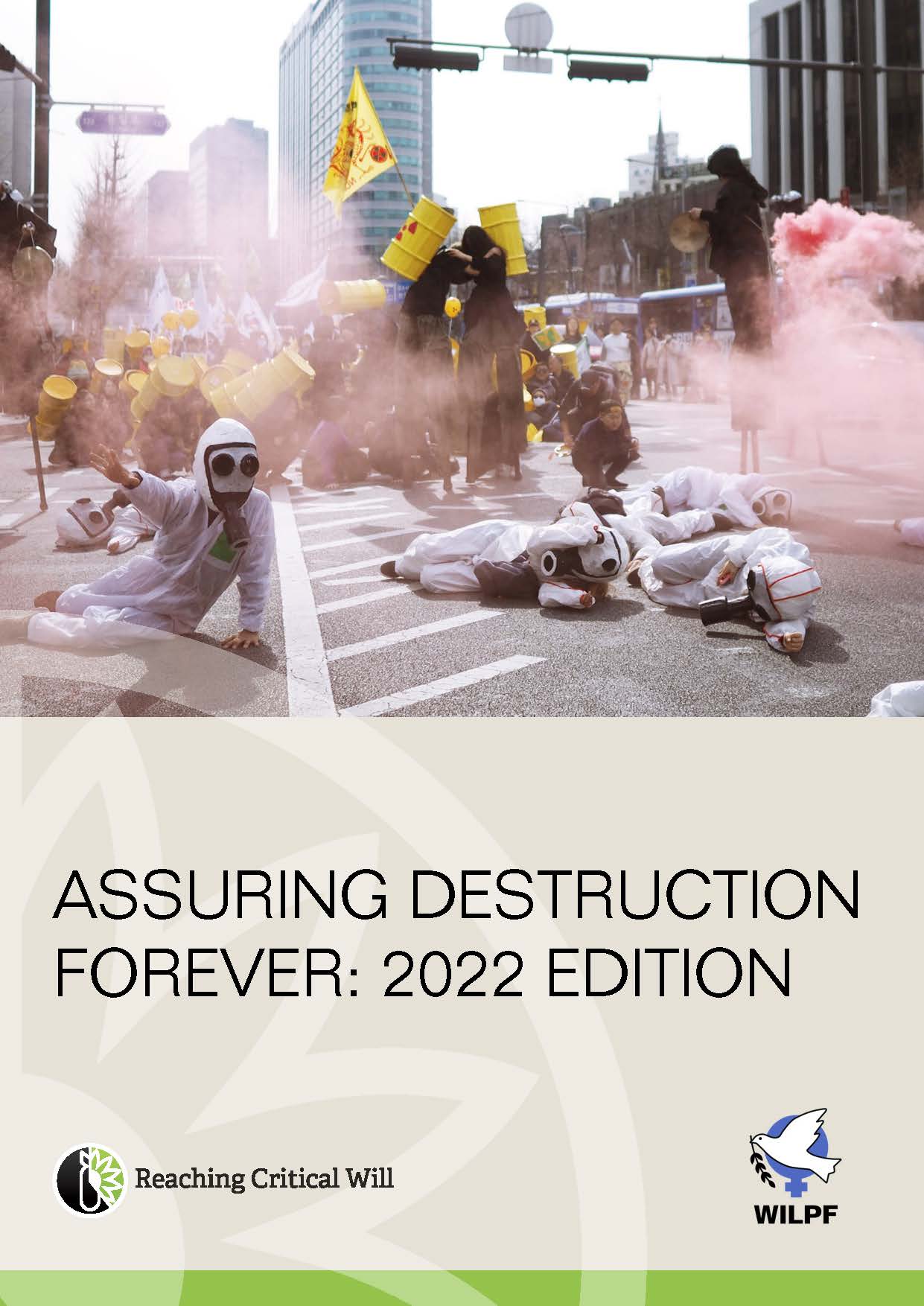 This report is an update of a study that Reaching Critical Will initiated in 2012.  Each chapter of the Assuring destruction forever: 2022 edition has been prepared by experts on national nuclear weapon programmes. Each goes through the current status of nuclear weapon forces; modernisation programmes and plans; the costs of these programmes; the countries’ positions on international nuclear weapon law and policy; and public discourse related to nuclear weapons. This 2022 edition is a light update from the 2020 edition, which was intended for publication at the time of the Tenth Review Conference of the nuclear Non-Proliferation Treaty (NPT), originally scheduled for April 2020 and now postponed multiple times.

Published in January 2022 by Reaching Critical Will, a programme of the Women’s International League for Peace and Freedom