This paper series provides feminist analyses of particular problems posed by the development and potential use of autonomous weapon systems. 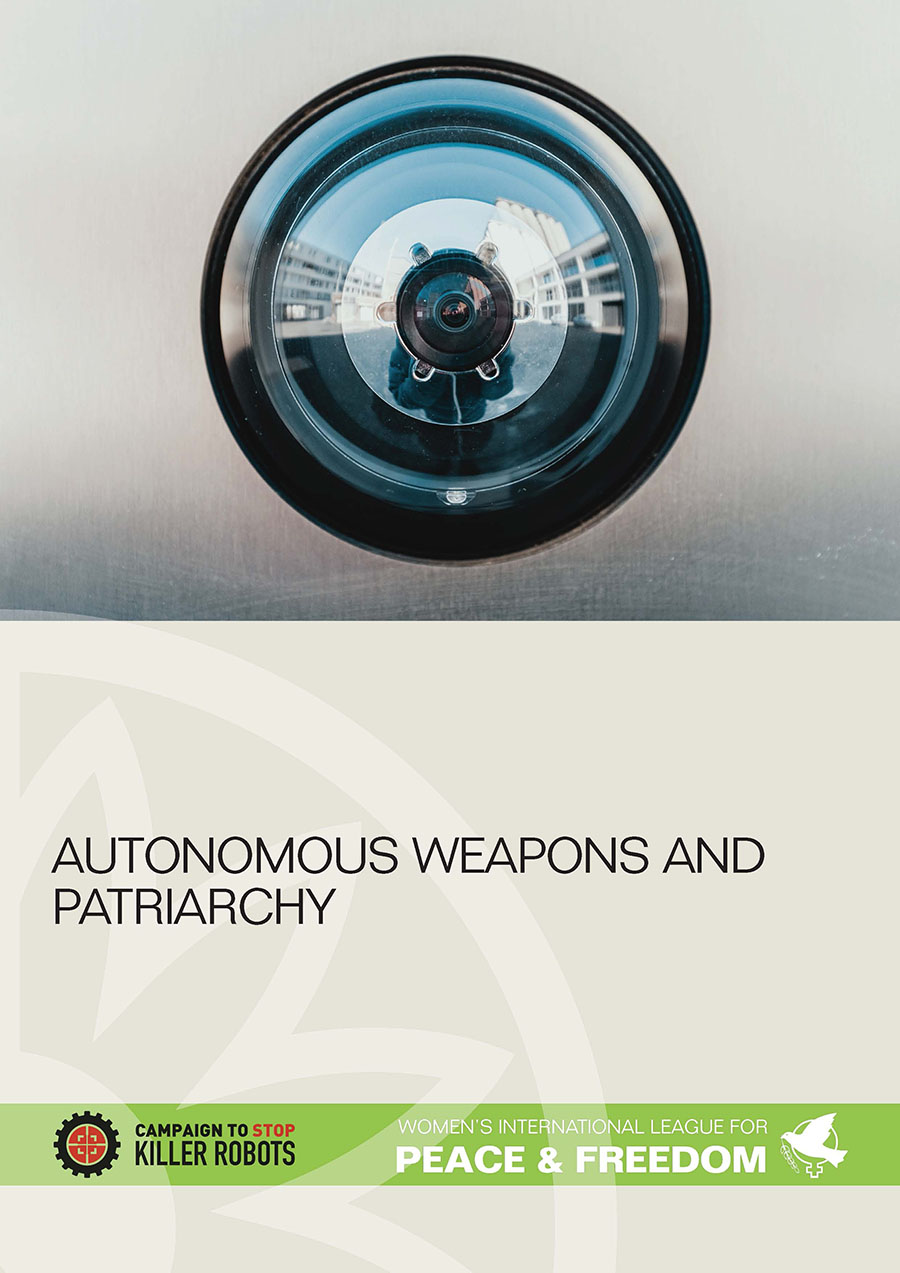 Autonomous weapons and patriarchy unpacks the concepts of patriarchy and militarised masculinities and explains how these are relevant for an analysis of autonomous weapon systems. It outlines how the operation of weapons programmed to target and kill based on pre-programmed algorithms against people who are racialised, gendered, and otherwise categorised, will result in the violation of human rights and dignity. Overall, it argues the importance of confronting autonomous weapons not just as material technologies that need to be prohibited, but as manifestations of the broader policies and structures of violence that perpetuate an increasing abstraction of violence and devaluation of human life. Written by Ray Acheson • Published in October 2020 by Reaching Critical Will, a programme of the Women’s International League for Peace and Freedom with the support of the Campaign to Stop Killer Robots