A WILPF Guide to Killer Robots

Reaching Critical Will is pleased to have published a new resource guide for the WILPF network about autonomous weapon systems, also known as killer robots. 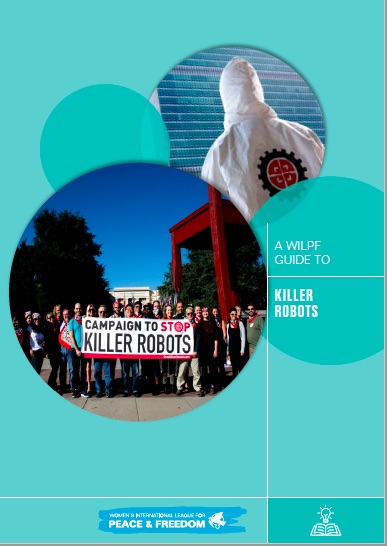 As part of the global Campaign to Stop Killer Robots, WILPF has been at the forefront of calling for a treaty banning autonomous weapons. "Killer robots" are fully autonomous weapon systems. These are weapons that operate without meaningful human control, meaning that the weapon itself can take decisions about where and how it it used; what or whom it is used against; and the effects of use. There are significant gender-related implications for killer robots, which WILPF has also highlighted consistently through its advocacy and research.

This guide is intended to equip WILPF Sections and Groups with information about the issue; WILPF's approach; and the political process for a ban. It will be a living document, updated periodically to reflect developments.

This publication is also available in Spanish and French.

Written by Ray Acheson • Published in March 2019 by Reaching Critical Will, a programme of the Women’s International League for Peace and Freedom