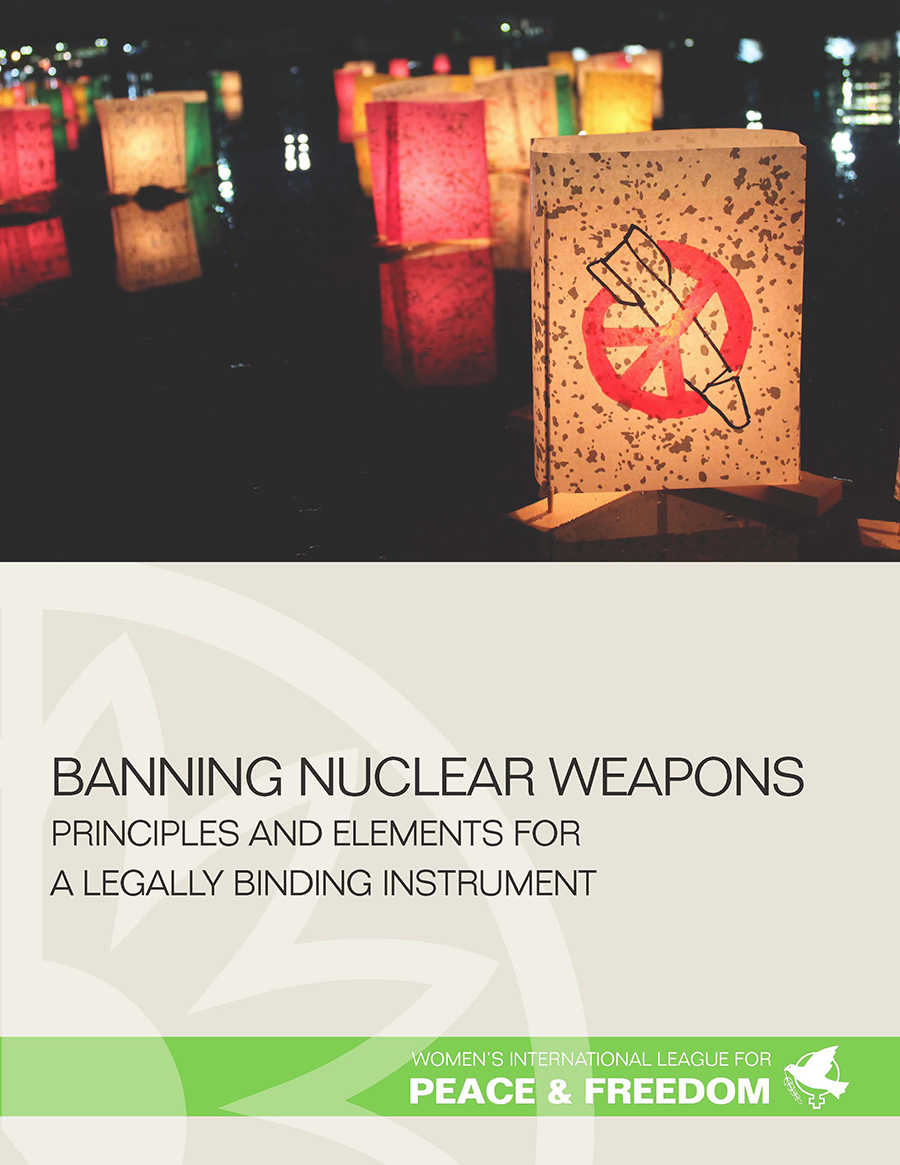 At the United Nations General Assembly in 2016, the vast majority of governments voted to negotiate a legally binding treaty to prohibit nuclear weapons. This historic decision means that on 27 March 2017, states will gather at the UN in New York to begin work on this treaty.

In advance of these negotiations, Reaching Critical Will has published the following discussion paper providing our views and encouraging discussion on the principles, prohibitions, and positive obligations that should be included in a treaty banning nuclear weapons. Such a treaty has the transformative potential to codify the illegality of nuclear weapons, stigmatise their possession, and facilitate nuclear disarmament.

Written by Ray Acheson • Published March 2017 by Reaching Critical Will, a programme of the Women’s International League for Peace and Freedom