International campaign groups gathered in London on Tuesday, to call for a ban on fully autonomous weapons, before such ‘killer robots’ change the face of modern warfare forever and put the lives of innocent civilians in ‘unacceptable’ danger.

Synonymous with science fiction, robot weaponry is fast becoming a reality of the 21st century, as advancements in technology strip away the need for human intervention. Developing these weapons, says US political activist Jody Williams, “crosses a moral and ethical barrier that should never be breached.”

Awarded the Nobel Peace prize in 1997 for her work towards the banning and clearing of anti-personnel landmines, Jody Williams was one of the founders of the ‘Stop Killer Robot’ campaign. She says it is critical UN Secretary General Ban Ki-Moon engages with this issue and that governments understand the importance of a pre-emptive ban. 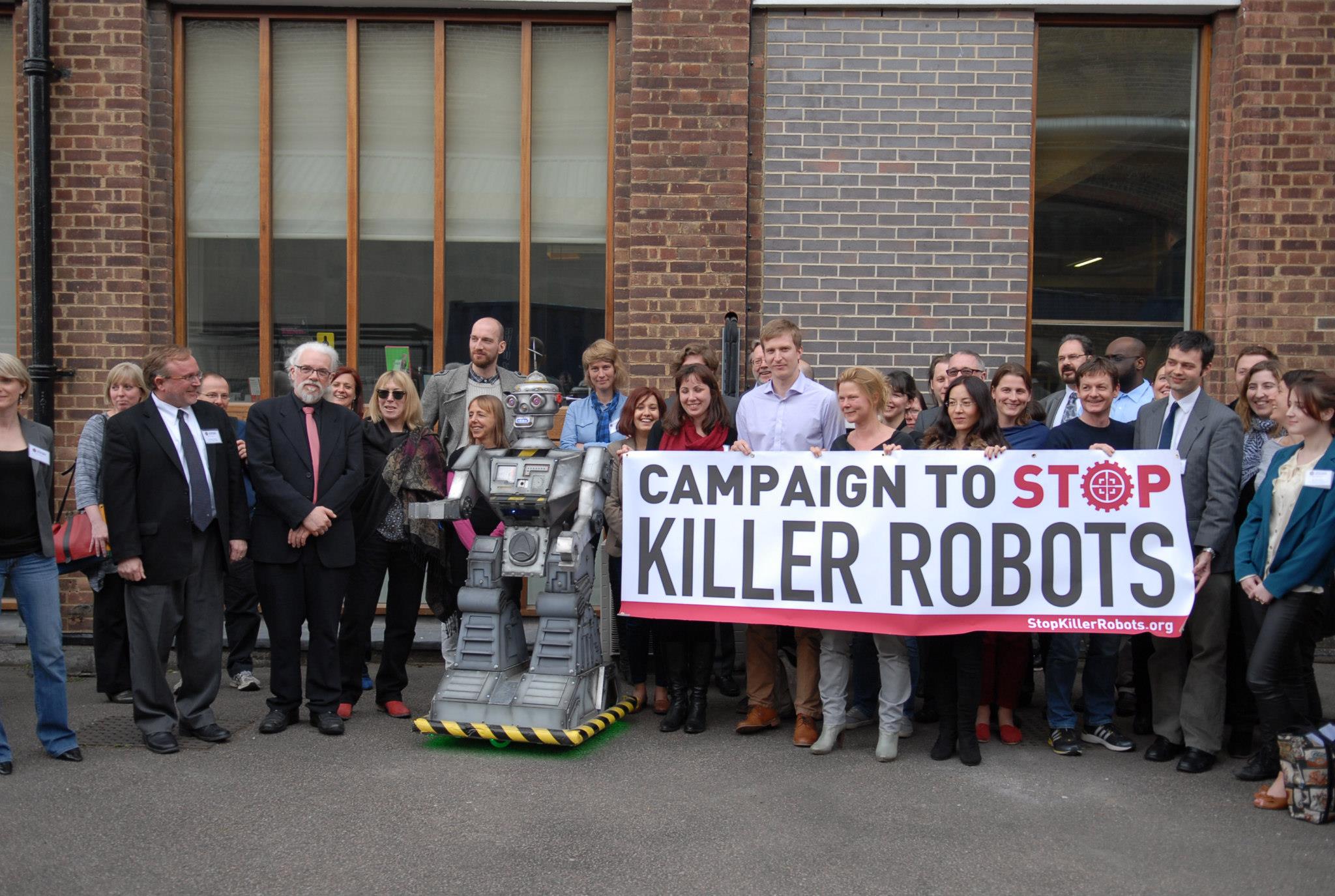 Tuesday’s launch at the Frontline Club in London aims to throw ‘killer robots’ into the public spotlight by exposing the very real threat of a robotic arms race. The Women’s International League for Peace and Freedom is just one of several non-governmental organizations supporting the coalition’s goal to establish sensible controls on such weapons before it is too late.

The evocative nature of the campaign has already attracted huge interest. Three days before its launch, the Ban Killer Robots Twitter page posted, “our website is down due to popular interest and we have not even launched our campaign yet or publicized the site address.”

Nonetheless, engaging governments who have the political will to impose a global moratorium and eventual ban, remains the hardest challenge. So far, only one country in the world has stated a policy on ‘killer robot’ weaponry, the United States. Jody Williams says, “the world’s more advanced militaries have convinced themselves that ever greater autonomy is the future of war and that fully autonomous weapons are both desirable and inevitable.” She lists the military might of the US, Israel, South Korea, Russia and China as the greatest concern and challenge. Both Israel and South Korea already operate precursor robotic guards on their borders.

Ultimately, it is the loss of humanity and accountability that worries campaigners the most about the rise of ‘killer robots’. “Giving machines the power to decide who lives and dies on the battlefield would take technology too far,” says Steve Goose, Arms Division director at Human Rights Watch. He argues, “Human control of robotic warfare is essential to minimizing civilian deaths and injuries.”

Jody Williams agrees, “The most horrifying thing to me about killer robots is that human beings think it is ok to develop and use independent lethal robots to kill people…they will pose an unacceptable threat to civilians.”

Whilst remote controlled drones already exist, developing fully autonomous weapons would cancel out any human judgment, placing the machines outside the parameters of international law. The Stop Killer Robot campaign argues, “who would be legally responsible for a robot’s actions, the commander, the programmer, manufacturer, or the robot itself?”

They say it is urgent international powers have the foresight to preempt such grave scenarios. An international treaty must be agreed to ban such weapons, before willing investment and rapid technological developments, turn science fiction into a reality.