On 22 October 2012, Reaching Critical Will's Director, Ray Acheson, was awarded the “Spirit of the UN” award. Each year, this award is given to representatives of civil society, the UN Secretariat or agencies, and governments in order to honour their work for peace and justice at the United Nations. The award recipients are chosen by the NGO Committee on Spirituality, Values, and Global Concerns and given on behalf of several of the NGO Committees that are affiliated with the UN in New York.

The following are Ray’s remarks in accepting this honour: 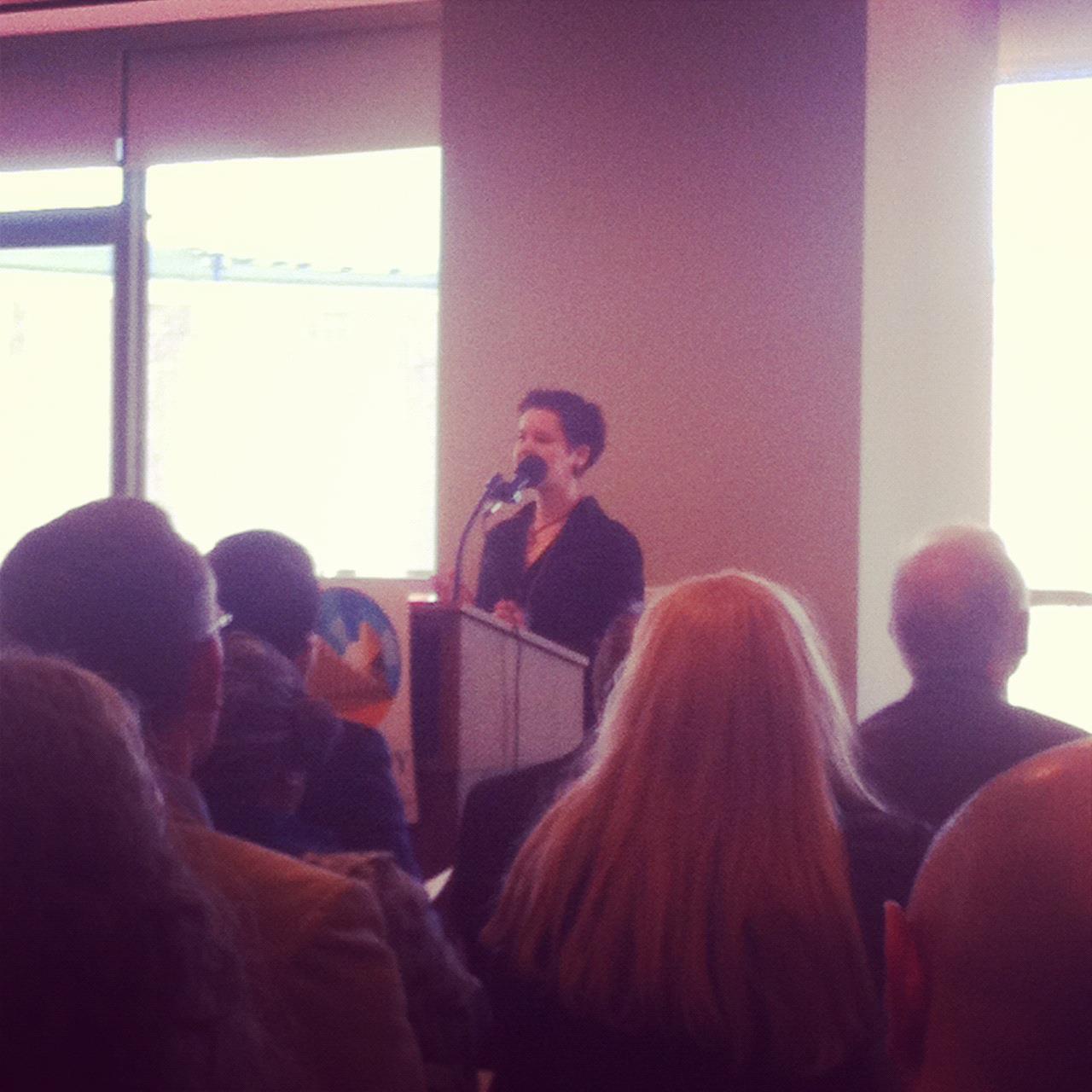 Sitting here watching the flags fly outside of the UN building, I’m reminded that one of the fundamental principles of the UN is the sovereign equality of all states. Civil society is here to remind diplomats that they are here to represent human beings, not “states” as entities of themselves.

The spirit of the UN, as I and my colleagues see it, has a lot to do with showing up—coming back day after day with the hope and belief that we can affect change for people around the world. It’s about finding the energy and creativity and the courage to try new things, even when most people tell you it won’t work.

I came to Reaching Critical Will right after I graduated from university and I’ve never looked back. That’s largely thanks to the community here and around the world that share my determination to do something about the often absurd world we live in.

In that vein, I would like to thank some individuals that are here in the room, though I will inevitably miss some. Thank you first to my organization, the Women’s International League for Peace and Freedom, for giving young women the opportunity to lead projects and take responsibility for our work. WILPF has provided a great opportunity to grow as an activist and analyst that I would not have had with most organizations.

I also want to thank my colleague and friend Maria Butler, director of WILPF’s PeaceWomen project, for her kind introduction and her solidarity in the office. We work on different issues but we face many of the same challenges. I also want to thank Beatrice Fihn, who managed to make it over here rushing after the First Committee meeting this morning! It’s great to have Beatrice to do this work with. There are many others in the room who deserve thanks as well and I am grateful for all your support and camaraderie. I also want to thank some colleagues at the UN Office for Disarmament Affairs—there are a lot great people in the UN system, as well as courageous diplomats that work hard with us. I am glad this award is given to civil society representatives, UN staffers, and diplomats, because we are all working together for a common goal.

In the spirit of the UN, my goals for the next few years are to abolish nuclear weapons and to regulate the arms trade so effectively that there becomes no point to trading in arms at all.

Thank you very much!