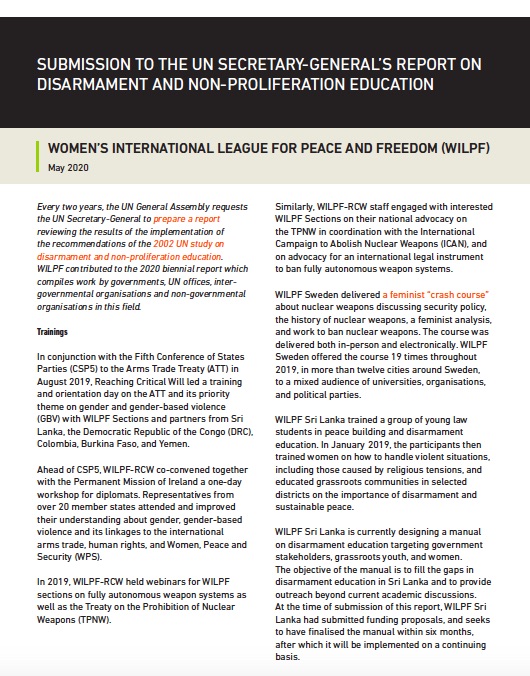 Every two years, the UN General Assembly requests the UN Secretary-General António Guterres to prepare a report reviewing the results of the implementation of the recommendations of the 2002 UN study on disarmament and non-proliferation education. The report is a biennial compilation of work by governments, UN offices, intergovernmental organisations, and non-governmental organisations in this field. It is presented to the full membership of the UN General Assembly and circulated to a wide audience of disarmament and non-proliferation educators.

Reaching Critical Will has coordinated WILPF’s input for this year’s report. Next to RCW’s activities, the report includes disarmament education activities from WILPF Sections and Groups from Sri Lanka, Sweden, USA, Australia, and the Democratic Republic of the Congo, amongst others.