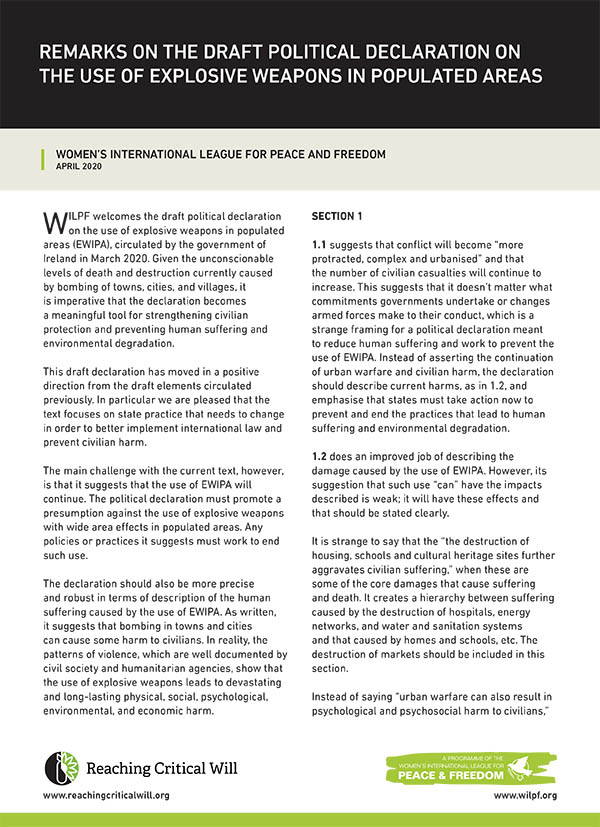 WILPF has published reflections and suggestions in response to the draft political declaration on the use of explosive weapons in populated areas, circulated by the government of Ireland in March 2020.

WILPF welcomes the draft declaration, which is the latest text released in the political process hosted by Ireland to develop a new instrument on the use of explosive weapons in populated areas (EWIPA). Given the unconscionable levels of death and destruction currently caused by the bombing of towns, cities, and villages, it is imperative that the declaration be a useful tool for strengthening civilian protection and preventing human suffering. WILPF finds that the main challenge with the current text is that it suggests that the use of EWIPA will continue. The political declaration must promote a presumption against the use of explosive weapons with wide area effects in populated areas. Any policies or practices it suggests must work to end such use.