The following is a presentation delivered by Reaching Critical Will’s Director, Ray Acheson, at a side event hosted by the International Action Network on Small Arms (IANSA) on 26 June 2018 on the margins of the Third Review Conference of the UN Programme of Action on the illicit trade in small arms and light weapons. The event launched IANSA’s “Call to Action on Gender and Small Arms and Light Weapons,” to which WILPF contributed. 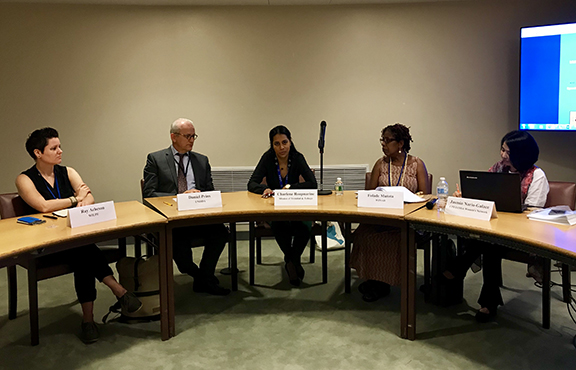 Yesterday, at another side event, my colleague from WILPF Colombia said, “Weapons still symbolise power. In order to change legislation, we must first change this perception.”

Changing this perception requires gender analysis, because more than anything else, the association of weapons with power comes from a very particular—and unfortunately, very dominant—understanding and performance of masculinity

This is a masculinity in which ideas like strength, courage, and protection are equated with violence.

It is a masculinity in which the capacity and willingness to use weapons, engage in combat, and kill other human beings is seen as essential to being “a real man”.

This type of violent, militarised masculinity harms everyone.

Violent masculinities are about “power over” other people. This is clear in military training, where dehumanising women, LGBTQIA, or “unmasculine” or “effeminate” men is written into the training manual. It is clear in popular culture, where men with guns protect their country—and their women—with guns. Where women swoon for these violent protectors.

But this kind of masculinity also means violence against other men performing violent masculinities. Men mostly kill each other, inside and outside of conflict. A big part of this is about preserving or protecting their masculinity—a masculinity that makes male bodies more expendable. Women and children, obnoxiously lumped together in countless UN resolutions and media reports, are more likely be deemed “innocent civilians” Men are more likely be to be considered militants or combatants. Often, in conflict, civilian men are targeted—or counted in casualty recordings—as militants only because they are men of a certain age.

But militarised masculinity is not just about death. It not only kills women and queer people and even normatively-identified men, but is also the main impediment to disarmament, peace, and gender equality.

Sure, there are a lot of factors creating obstacles to achieving these goals. But really, at the root of it all seems to be toxic masculinity.

We are all suffering from the equation of violence and weapons with masculinity. It prevents those who identified as men from being something else—from performing gender differently. It prevents all of us as human beings to promote or explore strength, courage, and protection from a nonviolent perspective.

It also makes it impossible to achieve gender equality. It keeps men and women in binary boxes based on their biological sex. It maintains a strict hierarchy between these binary boxes, in which men are tough, rational, and violent, while women are weak, irrational, and passive. In this narrative, men are agents; women are victims. 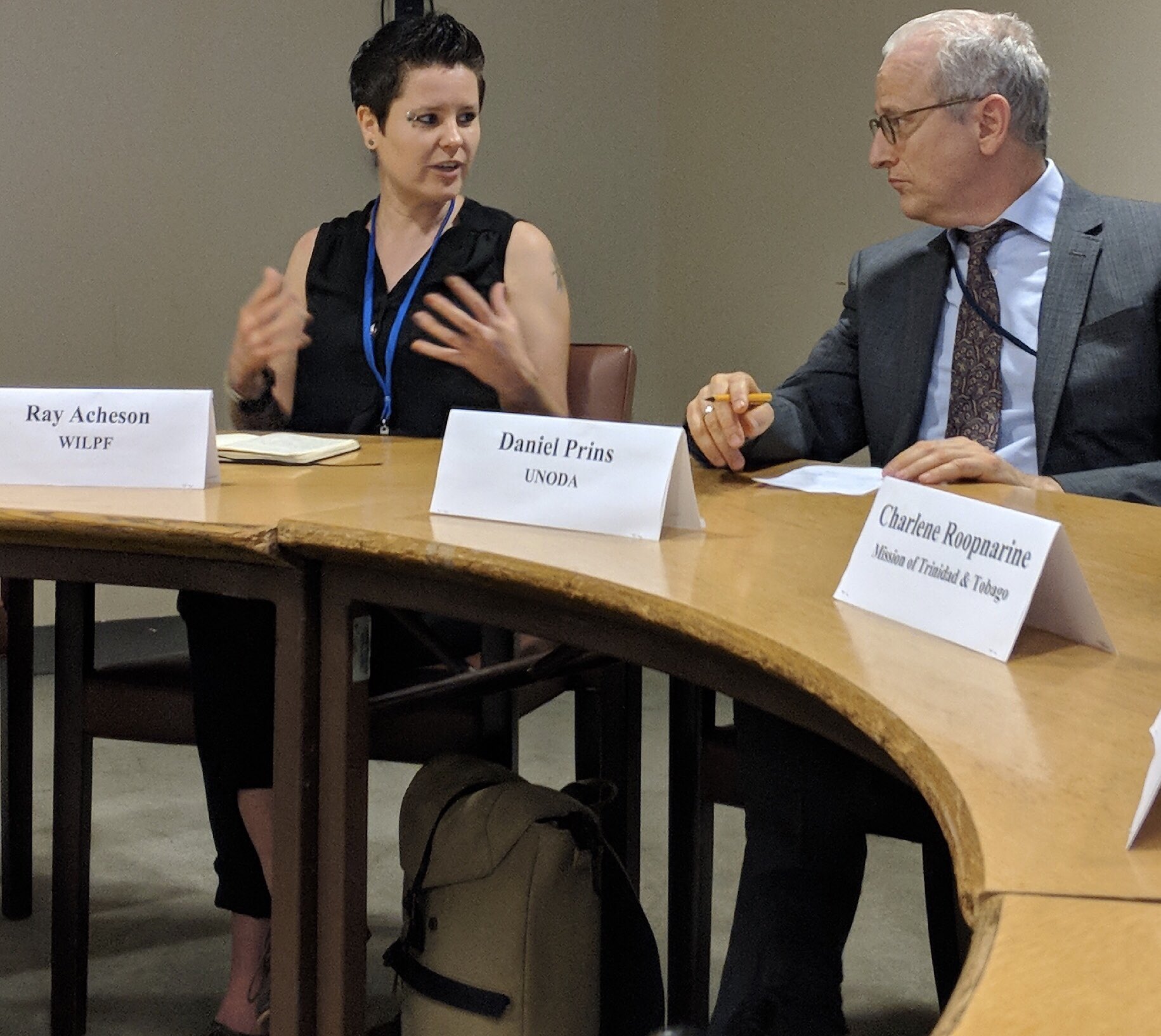 Gender norms, specifically the hegemonic conception of masculinity, are thus major impediments to small arms control, gun violence reduction efforts, and broader disarmament and armed conflict prevention efforts. The norm of violent masculinity will continue to cause suffering and reinforce inequalities until we get serious about doing something differently. This is a project of dismantling the patriarchy, which is a big project, but it starts with the language we use here in the UN or in civil society, in our resolutions as well as our policies and practices. It starts with taking on these norms, deconstructing them, and building something better for all of us.