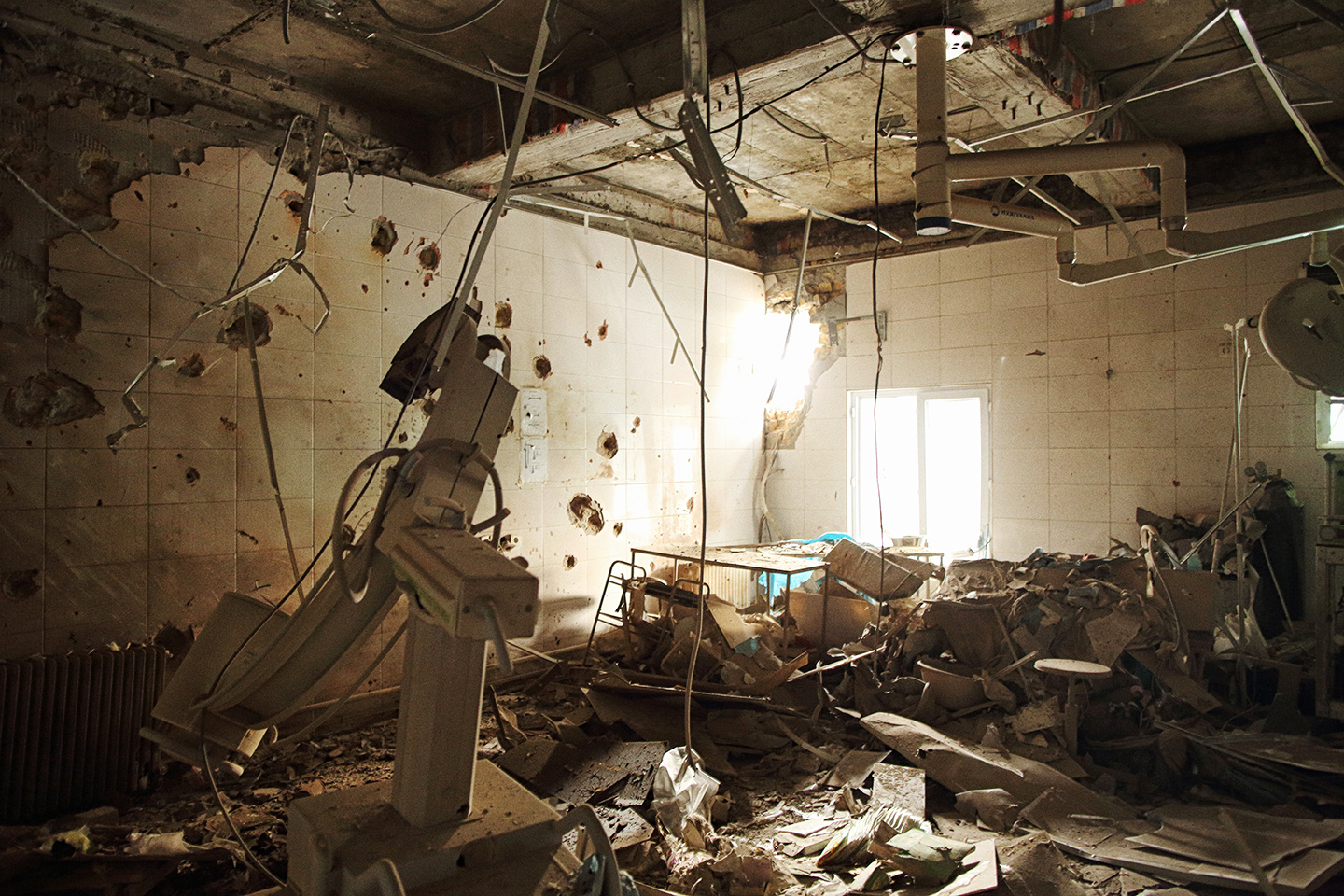 On 27 April, a hospital in Aleppo, Syria was completely destroyed in an airstrike. “A dangerous complacency is developing whereby such attacks are starting to be regarded as the norm,” warned Joanne Liu of Médecins Sans Frontières (MSF) and Peter Mauer of the International Committee of the Red Cross (ICRC). “They are part of the tapestry of today’s armed conflicts where civilians and civilian infrastructure are targeted, and marketplaces, schools, homes and health facilities are ‘fair game’.” The bombing of an MSF hospital last year in Afghanistan by the US military is one horrific example; attacks against medical facilities have become rampant. (The Pentagon is denying war crimes allegations for the attack.)

Civilian casualties from the use of explosive weapons in populated areas more broadly have continuously increased over the past five years. According to recent research by Action on Armed Violence, a member of the International Network on Explosive Weapons (INEW), when explosive weapons were used in populated areas in 2015, 92% of those killed or injured were civilians. The use of explosive weapons in populated areas inevitably leads to the disproportionate death and injury of civilians and destruction to civilian infrastructure. Reverberating effects, caused by damage to housing, places of work, health and sanitation facilities, and more, impact people’s access to food, water, housing, and healthcare and have implications for social capital and gender relations.

These effects have serious implications for human rights. In this regard, WILPF has submitted briefs to the Committee on Economic, Social, and Cultural Rights on the transfer of weapons from France, Sweden, and the United Kingdom to Saudi Arabia and the use of explosive weapons in populated areas in Yemen. These reports argue that international exports of arms and arms licences can give rise to an extraterritorial responsibility for human rights violations. States must conduct thorough risk assessments prior to granting permits for arms exports, and to refuse arms exports when there is risk that they could be used to violate international human rights law, as has been recognised and mandated by the Arms Trade Treaty.

The briefs use as a case study the arms sales to members of the coalition of the Saudi Arabian-led military intervention in Yemen. The coalition is using explosive weapons in populated areas, killing and injuring civilians and causing destruction to civilian infrastructure. Of particular relevance for this report, these strikes have had a direct impact on the rights to adequate housing, health, and education. In each of the three cases, WILPF found that the arms exporting state violated the International Covenant on Economic, Social and Cultural Rights and recommends that it establish a mechanism for rigorous, transparent, and gendered risk assessments of international transfers of arms and export licences by adopting national legislation and policies to this effect, developed in full consultation with civil society organisations, and to deny authorisation of any arms sales or transfers when there is a risk that the weapons would be used to commit or facilitate human rights violations.

This is among other recent action against EWIPA at the international level. On 23-24 May, states, UN agencies, international organisations and civil society are meeting in Istanbul for the World Humanitarian Summit. The Summit was called to address the most serious challenges the world faces in responding to the needs of people caught up in conflicts, disasters and other crises. The use of explosive weapons in populated areas highlighted as a key humanitarian problem by the UN Secretary-General and in the Summit’s draft core commitments under the theme of ‘upholding the norms that safeguard humanity’. INEW made a statement on this theme at the summit.

In addition, in his latest report on the protection of civilians in armed conflict, the UN Secretary-General again called attention to the civilian suffering caused by the bombing and bombardment of towns and cities, and urged states to “engage constructively in continuing efforts to develop a political declaration to address the issue.”

Please also check out Reaching Critical Will's other resources on the use of explosive weapons in populated areas and the international arms trade: